ESI supports partners in both government and private sectors in All Hazard emergency planning, preparedness and risk assessment.

ESI uses a cyclical Emergency Risk Management process to ensure that all efforts are sustainable and measured. 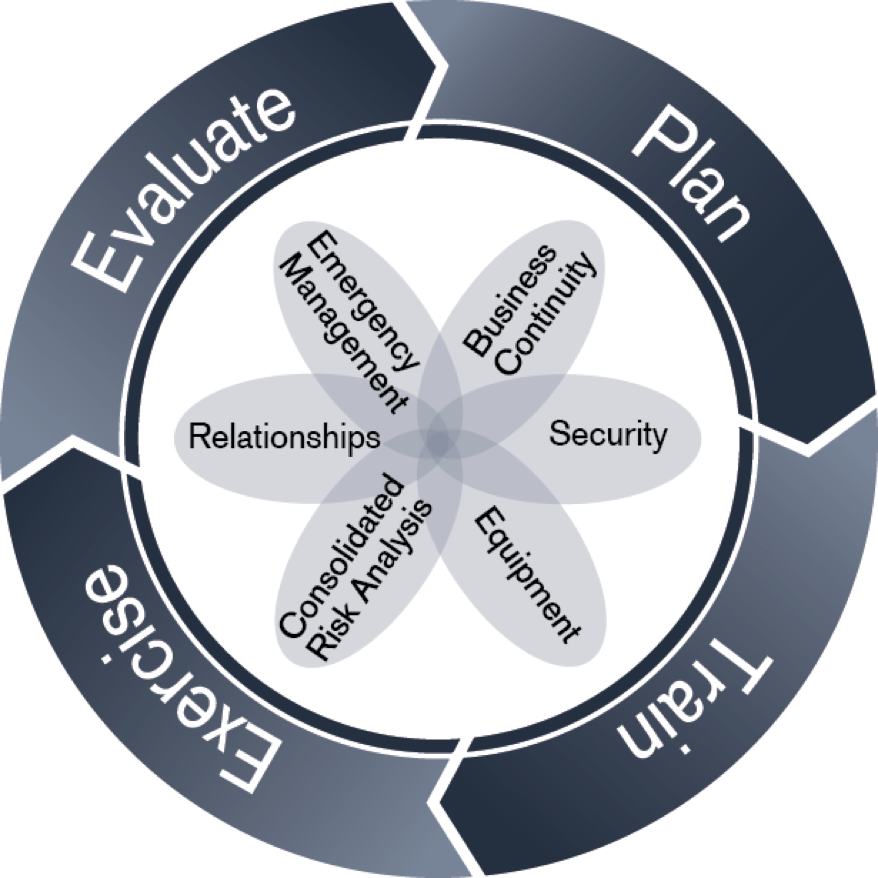 Resolving the prevention, preparedness, response and recovery issues that today’s organizations are trying to overcome. 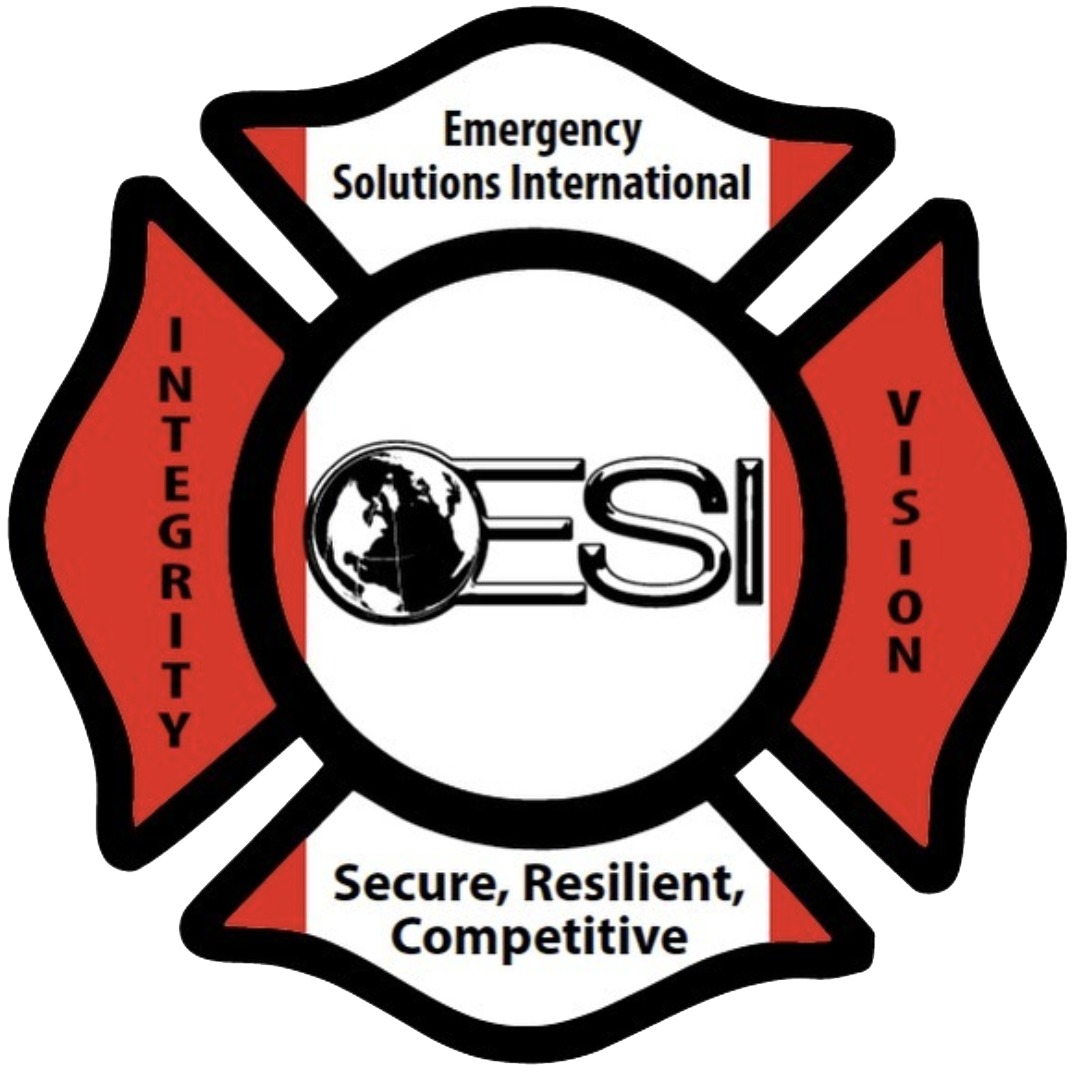 Within ESI, the tactical division bears this cross with red and white colour representing the Canadian flag. Our values, integrity and vision are featured prominently.

The ESI Maltese Cross is a heraldic cross variant which developed from earlier forms of eight-pointed crosses in the 16th century.

Within ESI, the tactical division bears this cross with red and white colour representing the Canadian flag. Our values, integrity and vision are featured vertically. Program outcomes (Secure, Resilient, Competitive) are displayed horizontally.

Although the Maltese Cross is chiefly associated with the Knights Hospitaller (Order of St. John, now the Sovereign Military Order of Malta), and by extension with the island of Malta. The Knights of Malta dressed in regal fashion to show their colours in a uniform manner. Large, crimson-coloured capes were worn over the suits of armour. Not only were the capes symbolic, but they also helped provide a defence against one of the newest weapons of war—fire.

It was noted that combatants would throw containers of naphtha and other flammable liquids. Once the armies were soaked, a torch would be hurled at the Knights, igniting their fuel-soaked clothing. With their fellow troops engulfed in fire, the Knights of Malta would approach on horseback, rip off their capes, and use them to extinguish the flames on their burning comrades.

As a reward for their bravery, the cross worn by those Knights was decorated and inscribed by their admirers. It came to be known as the most honourable badge of acclaim that could adorn a uniform.

Find out more about our training and education.