The IEMAC reflects the principles embodied in the Agreement between the United States and Canada on Emergency Management Cooperation (AEMC), which is the bi-national agreement between the two countries to strengthen operation in emergency management for all types of incidents, emergencies and disasters. Consistent with federal plans and policies, the AEMC also encourages and facilitates cooperative emergency arrangements among state, provincial and local authorities on matters falling within their competence. The AEMC is overseen by the US/Federal Emergency Management Agency and Public Safety Canada. 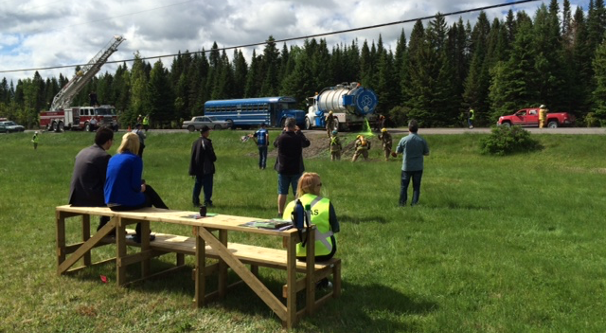 During work to test risk assessment and capability based preparedness measurement methods in Eastern Canada between 2010 and 2012 the resultant risk scenarios amplified the importance of the flow of goods and services through national and international infrastructure. In 2013 and 2014, work proceeding under leadership from the IEMAC management group, formally called the International Emergency Management Group (IEMG) and with support from the Centre for Security Science, produced ten deliverables in the form of strategy, planning and operational response guidelines delivered to the IEMG through the Canadian Leadership appointed by the IEMG –Aaron Campbell, Director of Public Safety for Prince Edward Island. To that end, the project team researched and drafted three resolutions for approval by the IEMG for consideration at their scheduled meeting in Boston, MA, on November 18 and 19 2014 to consolidate support and “pull” for the ongoing work –see Appendix “A”. The draft minutes from that meeting are attached as Appendix “B” Section 12.0. Note that the minutes are in Draft form until the next scheduled meeting of the IEMG, at which point, barring objection, they will be approved. The work products are intended to be first drafts for consideration by the IEMG for eventual adoption as Technical Annexes to the IEMAC. The foundation work, building blocks and draft plans for implementation of an Eastern Canada HazMat Response within the five provinces exist but there is still much validation and verification work to be done to operationalize it. It also appears certain that this work will lead to full interoperability with New England States under the IEMAC and through collaborative common planning methods as supported by the CSS, DHS and FEMA (risk and capability assessments, Core Capability definitions and Resource Typing) as well as the Canada Border Services Agency, Transport Canada and Public Safety Canada. In recent years there have been two other international agreements signed between Canadian Provinces and their U.S. counterpart states, one in the Central/Western region and one in the Pacific Region.

All objectives of the Bi-National Hazardous Materials Response Interoperability Canada and the United States were achieved as follows:
Go back
Tell us your thoughts